A Review of Construction Industry Development after New Govt. Policy 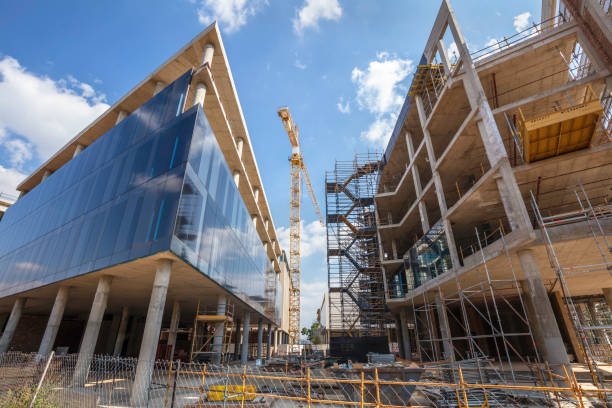 Whenever the economy of any country is going at a slow pace or the government wants to boost the economy, it usually relaxes some rules and regulations in favour of the businessman. Ultimately attracting foreign capital and investment along with local investment and creating employment opportunities. Current government also took many initiatives to develop and flourish the construction industry.

Starting from buying land to buying raw material, hiring labour, construction engineers every sector gets benefits. Over the last few years or at least during the last decade the construction industry has transformed itself from manual to using more digital technologies.

Current government has given historic relief to this sector.  The top most things that attracted the businessman was that no one will be asked about the source of income. That was a big yes for the people living in foreign countries. All Pakistanis living abroad took this initiative as a positive step towards their investment in Pakistan. Resultantly investment in this sector during this time specifically increased three fold.

Next biggest step was exemption of taxes on the land. Everyone was supposed to pay a fixed percentage that is only 10% whereas they were exempted from 90% fixed tax. All the sectors coming under the construction industry were exempted from withholding tax except cement and steel industry.

Capital gain tax was also removed if you sell your house. Holding period of the constructed house was decreased from 4 years to 3 years, whereas it remained unchanged for real estate and plots.

The Government Naya Pakistan Housing Project gave home to many homeless people and at the same time it successfully created many jobs for the unemployed workforce in different sectors. A 30 billion rupees subsidy was given to this naya Pakistan scheme, which is huge. Per square foot or per square yard tax was charged from constructors and In order to boost the construction industry people will be exempted on reconstructing an old structure or constructing on an already own plot.

Sales tax was also reduced in all provinces according to their requirement. An exclusive Board is also designated for this construction industry development. This board will be taking care of any possible delays due to any reason.

As this Pandemic hit us and our economy very badly considering the fact that we are a developing country, we definitely needed some good initiatives which this government has provided. Along with these direct advantages the economy also has many indirect advantages. Poverty alleviation, more income, more consumption, more profits, higher international trade, urbanization, reduction in unemployment, higher standard of living and ultimately higher growth rate are all the outcomes of this construction industry development.

So here at thechampion.pk we will guide you to the best societies for secure investment, where you will be getting handsome profits as well. We are ideally located with our offices at DHA and Gulberg, like we said and we are an experienced team of builders who knows how to give its customers the most unique features and a joyous living experience. you should hop on to thechampion.pk and book your plot at any of the societies.